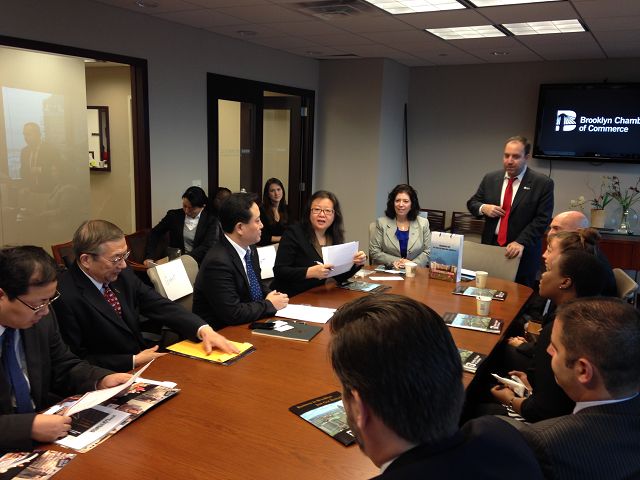 2017
Songjiang District, Shanghai
On July 17, 2017, New York In China Center Initiates Friendship Agreement between The Borough of the Bronx, New York and The Songjiang District, Shanghai. The agreement encourages bilateral investment not only on the government level but also within the private sector. Privately owned entities are encouraged to join in the partnership to seek the tremendous business opportunities that this cross cultural agreement opens up, whether through seeking investment or expanding business overseas. The Borough of the Bronx and Songjiang District of Shanghai have agreed to move forward with the establishment of a mutually beneficial and long-lasting relationship.

2013
Putuo District, Shanghai
On November 26, 2013, In accordance with the principle of the Communique on Establishing Sino-US Diplomatic Relations, the Memorandum is hereby signed by Putuo District, Shanghai, People’s Republic of China and Brooklyn, New York City, the United States of America after friendly negotiations and consultations in order to establish friendly exchange relations, promote mutual understanding and friendship, strengthen bilateral cooperation and exchanges in various fields, and eventually enable the two become sister cities